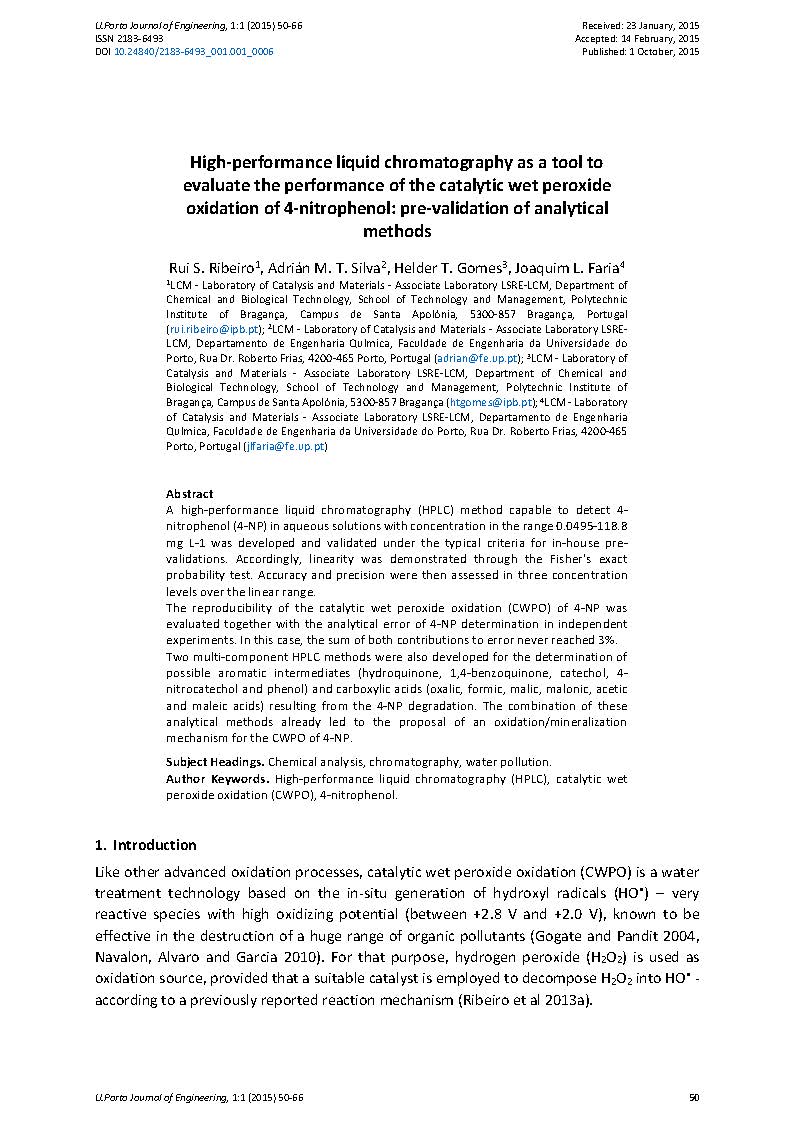 A high-performance liquid chromatography (HPLC) method capable to detect 4-nitrophenol (4-NP) in aqueous solutions with concentration in the range 0.0495-118.8 mg L-1 was developed and validated under the typical criteria for in -house pre-validations. Accordingly, linearity was demonstrated through the Fisher’s exact probability test. Accuracy and precision were then assessed in three concentrationlevels over the linear range. The reproducibility of the catalytic wet peroxide oxidation (CWPO) of 4-NP was evaluated together with the analytical error of 4-NP determination in independent experiments. In this case, the sum of both contributions to error never reached 3%.Two multi-component HPLC methods were also developed for the determination of possible aromatic intermediates (hydroquinone, 1,4-benzoquinone, catechol, 4-nitrocatechol and phenol) and carboxylic acids (oxalic, formic, malic, malonic, acetic and maleic acids) resulting from the 4-NP degradation. The combination of these analytical methods already led to the proposal of an oxidation/mineralization mechanism for the CWPO of 4-NP.

Authors who publish with this journal agree to the following terms: